How to root Karbonn Titanium S5 Plus Smartphone

Karbonn Titanium S5 Plus is the logical extension to one of the most powerful Karbonn Smartphone Titanium S5. Titanium S5 was the very first phone that attracted me towards the brand Karbonn. Titanium S5 comes as a surprise for most of the Tech gurus as they were not expecting such powerful device from a new company like Karbonn. S5 totally changed the game for Karbonn. It gave them the required guts to launch new high end and high budget device in market and as a result today Karbonn is among top smartphone distributers in India. 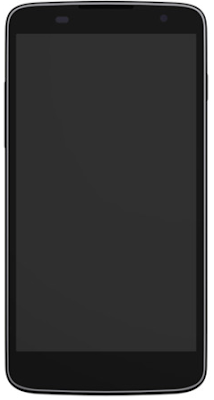 Like S5, Karbonn Titanium S5 Plus is too a very powerful smartphone that comes with improved features than the previous model. S5 Plus packs a 5 inch 960x540 pixels screen with qHD resolution and OneCell IPS display system. IPS glass provides better and wider viewing angles which directly affects its clarity from distances. It runs on Android 4.2 Jellybean OS that further carries a quad core 1.3 GHz processor paired up with a 1 GB RAM section. All in all it is a speedy phone that can perform multitasking at tremendous pace. Company has tried to pack best out of best specs in almost entire sectors (that fits in its price range). It comes with 8 MP rear and digital front facing camera that are perfect for capturing still images and at the same time providing a decent experience over 3G face to face talks. It equips 4 GB inbuilt memory with the potion to upgrade up to 32 GB. It is a 3G phone that provides very high speed internet speed for all kinds of mobile internet applications. Here I am going to focus on rooting this super smartphone from Karbonn. Rooting will open the hidden doors that will help you a lot in customizing your Titanium S5 Plus manually and efficiently. It will help you installing new Android 4.3 Jellybean or Android 4.4 KitKat ROMs even.

How to root Karbonn Titanium S5 Plus

As discussed already, S5+ is the logical extension to old Titanium S5. So the rooting procedure for both the phones matches exactly. I have already written a working procedure for rooting S5. You can read it from here. Same instructions will root your Titanium S5 Plus. In case of any issues or doubts, please contact me through the comment box.