How to root Karbonn A15+

Karbonn A15+ is another entry level smartphone from company that houses some high end as well as some entry level (basic) specs. It is one of the most powerful smartphone in its price range. It is one which can compete with giants like Micromax, Xolo etc. It is a modern age device that fulfills most of the requirements of today’s generation. It retails around Rs. 5,500-6,000 price tag. At this price range you can’t get anything better than A15+ (by including company credibility too). 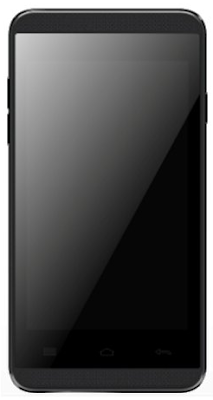 It comes with a 4 inch capacitive touch screen that resolves picture details with 800x480 pixels resolution. TFT LCD screen is there for decent viewing angles. It runs on Android 4.2 Jellybean platform. Android Jellybean itself comes with very high level of transition effects, speed and efficiency. It amazes you with fluid transitions and amazing response time. It is powered by a dual core 1.3 GHz processor with 512 MB RAM. Although this processing system seems to be enough capable of running a 4 inch screen but as per my personal experience says then it might induce some sort of glitches during heavy applications. It supports Dual SIMs but you can use only one 3G SIM at one time. You can simultaneously use combinations of 2G+3G or 2G+2G SIMs. It equips a 5 MP rear camera that captures still image but sadly no front camera is there which decays the 3G experience to many folds. Its internal memory can store about 4GB data with 32 GB expansion. It charges its parts with a 1500 mAh battery. So all in all Karbonn A15+ comes with some high end features like Android Jellybean, Dual core processor etc but also there are some very basic level specs like no front facing camera, only 1500 mAh battery etc. You can enhance its functionality by rooting it. Rooting will also give you permission to change its ROM to higher levels like Android 4.3 Jellybean or Android 4.4 KitKat even.

How to root Karbonn A15+ Smartphone

You can root A15+ with the same procedure as applicable on Karbonn A10. You can read and follow all the instructions from here. Once you are done with all the steps, please reboot your A15+ and try downloading Root Checker app on it. It will indicate the rooting status of Karbonn A15+. All the best!