How to root Karbonn A25

Karbonn A25 is an awesome phablet from Karbonn that is wrapped with a 5 inch TFT LCD screen. It is an entry level phablet that brings average specs to surface. It is one of the cheapest Android phablet in India currently. It resembles the look of Samsung Galaxy series smartphones. Also there are some wallpapers which will make you feel like you are using some high end smartphone of a global leading company. Its specs are nowhere related to its price tag. Like all other Karbonn pieces, it too provides best value for money. On the software aspect, it runs on Android 4.0 ICS OS. Till now Karbonn hasn’t launched any official ROM upgrade (to Jellybean) for A25. Probably they will not launch any such update in future too. But don’t worry you can try custom ROMs for upgrading purpose. It is powered by 1 GHz dual core processor with 512 MB RAM. 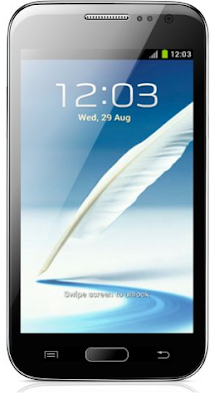 It is equipped with a 2000 mAh battery that provides sufficient backup with its complete usage. For such low price tag, it offers connectivity features like GPS. Along with this, it has 5 MP rear and VGA front facing cameras. So all in all it is a classy piece that houses all the required features under one roof. You will get carried away with its entertainment features that are bundled with default music and video players. There are some particular sectors like CPU clocking, file management, security etc which can be enhanced to next levels. It can be done with rooting. Rooting is a simple process that will unblock the A25’s boot loader. In turn it will open the hidden treasures of high level customizations. But unblocked boot loader will void your A25’s warranty. It is pretty difficult to get it back. So please continue once you are fully convinced with rooting.

How to root Karbonn A25

1. Download this tool to computer. 2. Extract it on desktop. 3. Now take the USB chord and connect your A25 to computer. 4. In the extracted folder, open the RunMe.bat file. 5. Now you will get one command prompt. Press “1” to continue. Wait for 2-4 minutes till rooting gets completed. Once the rooting is completed successfully, you can reboot your phablet.